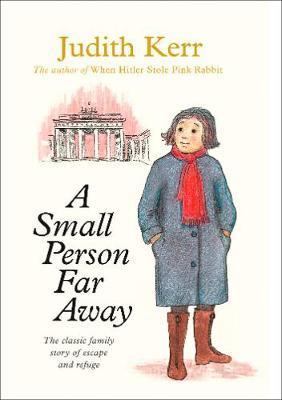 Partly autobiographical, this is the third title in Judith Kerr’s internationally acclaimed trilogy of books following the life of Anna through war-torn Germany, to London during the Blitz and her return to Berlin to discover the past…
Berlin is where Anna lived before Hitler, when she was still a German child; before she spoke a word of English, before her family had all become refugees. Long before her happy new existence in London. But Mama is there, dangerously ill. Anna is forced to go back, to deal with questions of life and death, to face old fears, and to discover the past which she has so long shut away.
Məhsulun kodu: 9780007137626
Janr: True Stories for Children
Nəşriyyat: HarperCollins Publishers
Cild: Paperback
Çəki, g: 170
Müəllif: Judith Kerr
Səhifə sayı: 224