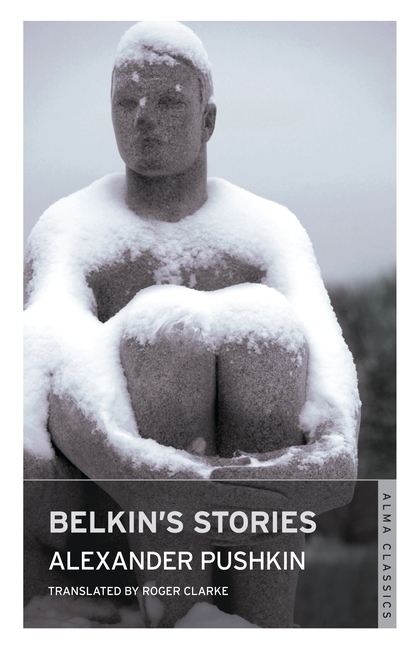 First published in 1831, Belkin’s Stories was the first completed work of fiction by the founding father of Russian literature. Through a series of interlinked stories purporting to have been told by various narrators to the recently deceased country squire Ivan Belkin, Pushkin offers his own variation on themes and genres that were popular in his day and provides a vivid portrayal of the Russian people.
From the story of revenge served cold in `The Shot’ to the havoc wreaked by a blizzard on the life of two young lovers, from the bittersweet tones of `The Station Master’ to the supernatural atmosphere of `The Undertaker’, this collection – presented here in a brand-new translation by Roger Clarke – sparkles with humour and is a testament to the brilliance and versatility of Pushkin’s mind.