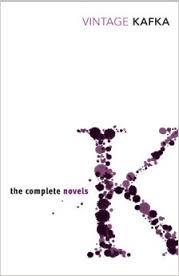 Both Joseph K in The Trial and K in The Castle are victims of anonymous governing forces beyond their control. Both are atomized, estranged and rootless citizens deceived by authoritarian power. Whereas Joseph K is relentlessly hunted down for a crime that remains nameless, K ceaselessly attempts to enter the castle, and so belong somewhere. Both novels may be read as powerful allegories of totalitarian government. In America, Karl Rossman experiences Oedipal and cultural isolation, and finds that “America” is never quite as real as it seems.
Məhsulun kodu: 19396
Janr: Классика/Klassika
Nəşriyyat: Vintage Classics
Cild: Yumşaq
Müəllif: Franz Kafka