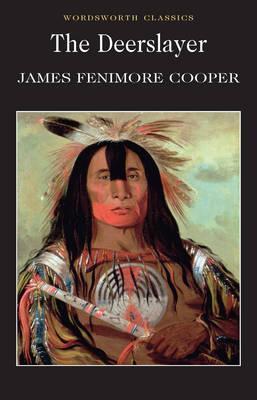 The Deerslayer is the culmination of James Fenimore Cooper’s ‘Leather-Stocking’ novels, featuring Natty Bumppo (the deer-slaying young frontiersman) and the Mohican chief, Chingachgook. Cooper portrays the hubris of the conquest of a vast territory. The action takes place during the American wars of the 1740s. Natty and his friend Harry attempt to save a trapper and two young women, whose floating fort on Lake Glimmerglass is besieged by the ruthless Iroquois. The tension steadily increases to the point at which a cruel outcome seems inevitable. The exciting action, the romantic potentialities and the knowledgeable evocation of frontier life (with its moral and racial conflicts) have made this novel a perennial favourite. The courageous Natty, with his problematic values, has set the precedent for countless American heroes. Culturally, The Deerslayer has proved to be a powerfully influential work.
Məhsulun kodu: 162621
Janr: Классика/Klassika
Nəşriyyat: Wordsworth Editions Ltd
Cild: Yumşaq
Müəllif: James Fenimore Cooper