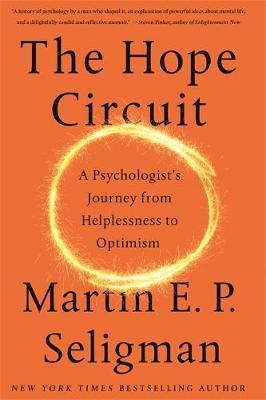 One of the most important psychologists alive today tells the story of the transformation of modern psychology through the lens of his own career and change of heart.
Martin E. P. Seligman is one of the most decorated and popular psychologists of his generation. When he first encountered the discipline in the 1960s, it was devoted to eliminating misery: the science of how past trauma creates present symptoms. Today, thanks in large part to Seligman’s own work pioneering the Positive Psychology movement, it is ever more focused on the bright side; gratitude, resilience, and hope.
In this his memoir, Seligman recounts how he learned to study optimism; including a life-changing conversation with his five-year-old daughter. In wise, eloquent prose, Seligman tells the human stories behind some of his major findings. He recounts developing CAVE, an analytical tool that predicts election outcomes (with shocking accuracy) based on the language used in campaign speeches, and the canonical studies that birthed the theory of learned helplessness – which he now reveals was incorrect. And he writes at length for the first time about his own battles with depression at a young age.
All the while, Seligman works out his theory of psychology, making a compelling and deeply personal case for the importance of virtues like hope, anticipation, gratitude, and wisdom for our mental health. You will walk away from this book not just educated but deeply enriched.
Məhsulun kodu: 9781473683792
Janr: Biography: General
Nəşriyyat: Hodder & Stoughton General Division
Cild: Hardback
Çəki, g: 716
Müəllif: Martin Seligman
Səhifə sayı: 448