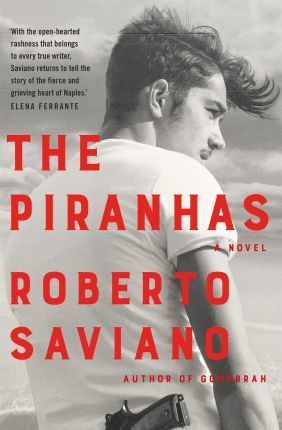 With the open-hearted rashness that belongs to every true writer, Saviano returns to tell the story of the fierce and grieving heart of Naples.’ Elena Ferrante
In Naples, a new kind of gang rules the streets: the `Paranze’, the `Children’s Gangs’, groups of teenage boys who divide their time between Facebook or playing Call of Duty on their PlayStations and patrolling the streets armed with pistols and AK-47s, terrorizing local residents in order to mark out the territories of their Mafia bosses.
Roberto Saviano’s eye-opening novel The Piranhas tells the story of the rise of one such gang and its leader, Nicolas – known to his friends and enemies as the `Maharajah’. But Nicolas’s ambitions reach far beyond doing other men’s bidding: he wants to be the one giving orders, calling the shots, and ruling the city. But the violence he is accustomed to wielding and witnessing soon spirals out of his control . . .
Məhsulun kodu: 9781509879236
Janr: Contemporary Fiction
Nəşriyyat: Pan MacMillan
Cild: Paperback
Çəki, g: 269
Müəllif: Roberto Saviano
Səhifə sayı: 352