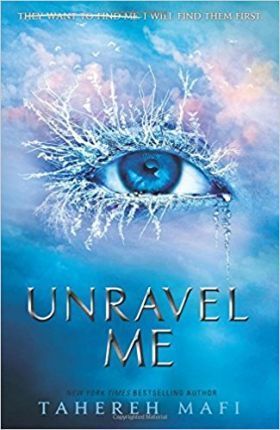 X-Men meets The Handmaid’s Tale in the second instalment in an epic and romantic YA fantasy trilogy perfect for fans of Sarah J. Maas, Victoria Aveyard’s The Red Queen, Netflix’s Stranger Things and Leigh Bardugo’s Six of Crows.
They want to find me. I will find them first.
Juliette has escaped. She has found the headquarters of the rebel resistance – and people like her. People with gifts. She is free from The Reestablishment, free from their plan to use her as a weapon, and free to love Adam.
But Juliette will never be free from her lethal touch. Or from Warner, who wants Juliette more than she ever thought possible.
In this heart-racing sequel to the New York Times bestselling Shatter Me, Juliette has to make life-changing decisions between what she wants and what she thinks is right. Decisions that might involve choosing between her heart-and the life of those she loves.
Məhsulun kodu: 9781405291767
Janr: Children’s Fiction
Nəşriyyat: Penguin Books Ltd
Cild: Paperback
Çəki, g: 328
Müəllif: Tahereh Mafi
Səhifə sayı: 480